On 18 July 2018 the Mosman Daily covered the launch of the Committee for North Sydney, interviewing Ian Grey at length. The story is here, as it appeared on the Daily Telegraph online (subscription).

They also took the opportunity to let Sydney Metro ‘explain’ what they had in mind for the city centre and Crows Nest. Their renderings were intentionally out of date – there’s no indication of the building cantilevering out to the property line in Miller Street, and there’s the deliberate omission of outside walls at ground-level, to suggest a public space. As a result, the paper said that one of the images showed ‘outdoor dining’ when there is no such thing. The paper also seemed to think it nice of Sydney Metro (a government agency) to release images of 27-storey buildings in Crows Nest, calling it a ‘sneak preview’!!

Margaret Petrykowski put them straight in a letter in the following week’s issue (26 July 2018, page 26). Thanks, Margaret! 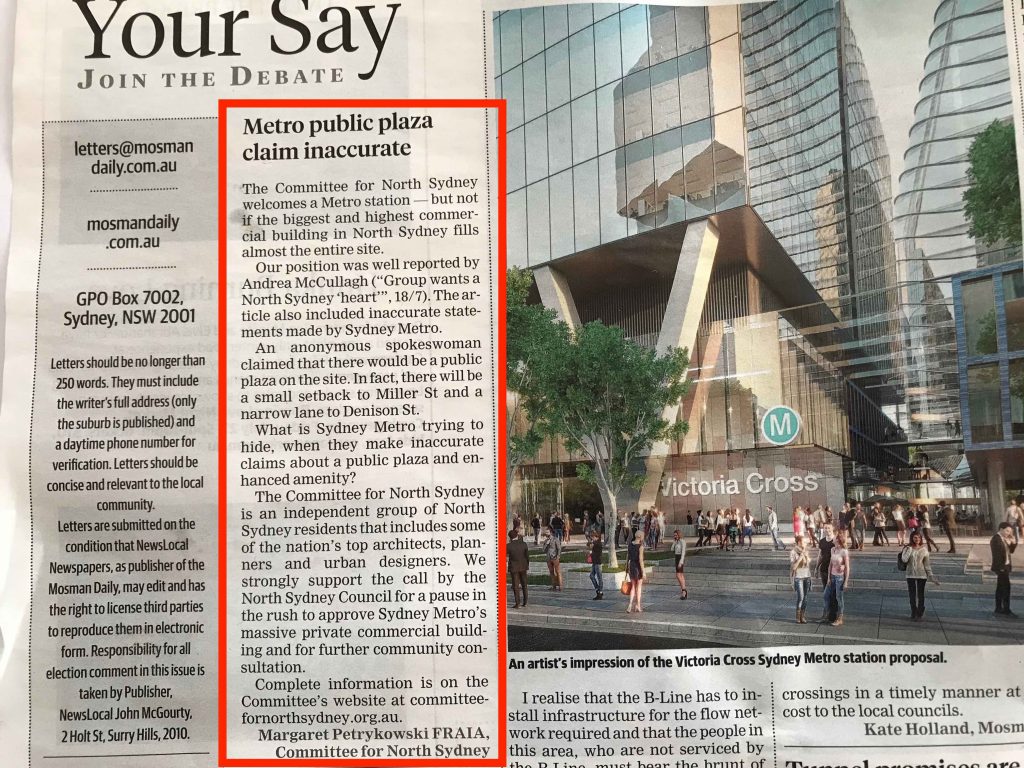